How to read data from Google Ads scripts?

In the Brief Introduction to Google Ads Scripts, we saw how to create our first Google Ads script. Now we’ll try to do something useful with it. One of the first steps is to learn how to read campaigns data from Google Ads scripts.

To get a list of campaigns, we’ll use AdsApp.CampaignSelector. As a very basic first example, we’ll try to fetch all of our running campaigns.

AdsApp.campaigns().get() is going to fetch all campaigns. If we want to be able to re-use it, we have to store it in a variable:

But remember that we only want running campaigns. We can use .withCondition() to introduce filtering:

Note the line indentation introduced for more readability. It is 100% optional but very recommended.

In order to help us, Google Ads is returning a few helpers alongside the list of campaigns we fetched. It can be really helpful to loop over the results. Here is an example with a while() {} loop, along with Google Ads scripts’ .next() and .hasNext() helpers:

Now if you try to run this, it wouldn’t do anything, because the loop is basically empty. Let’s log the name of the campaign: Logger.log(campaign.getName());.

Let’s try to do a bit more. Campaign budget can be easily fetched with .getBudget() but it only returns an integer (for example, for a budget of $100, the response will be 100), so let’s try to get the currency code too. AdsApp.currentAccount().getCurrencyCode() should do!

Here is the final result:

In the Google Ads scripts interface, your running campaigns and with their respective budgets should appear: 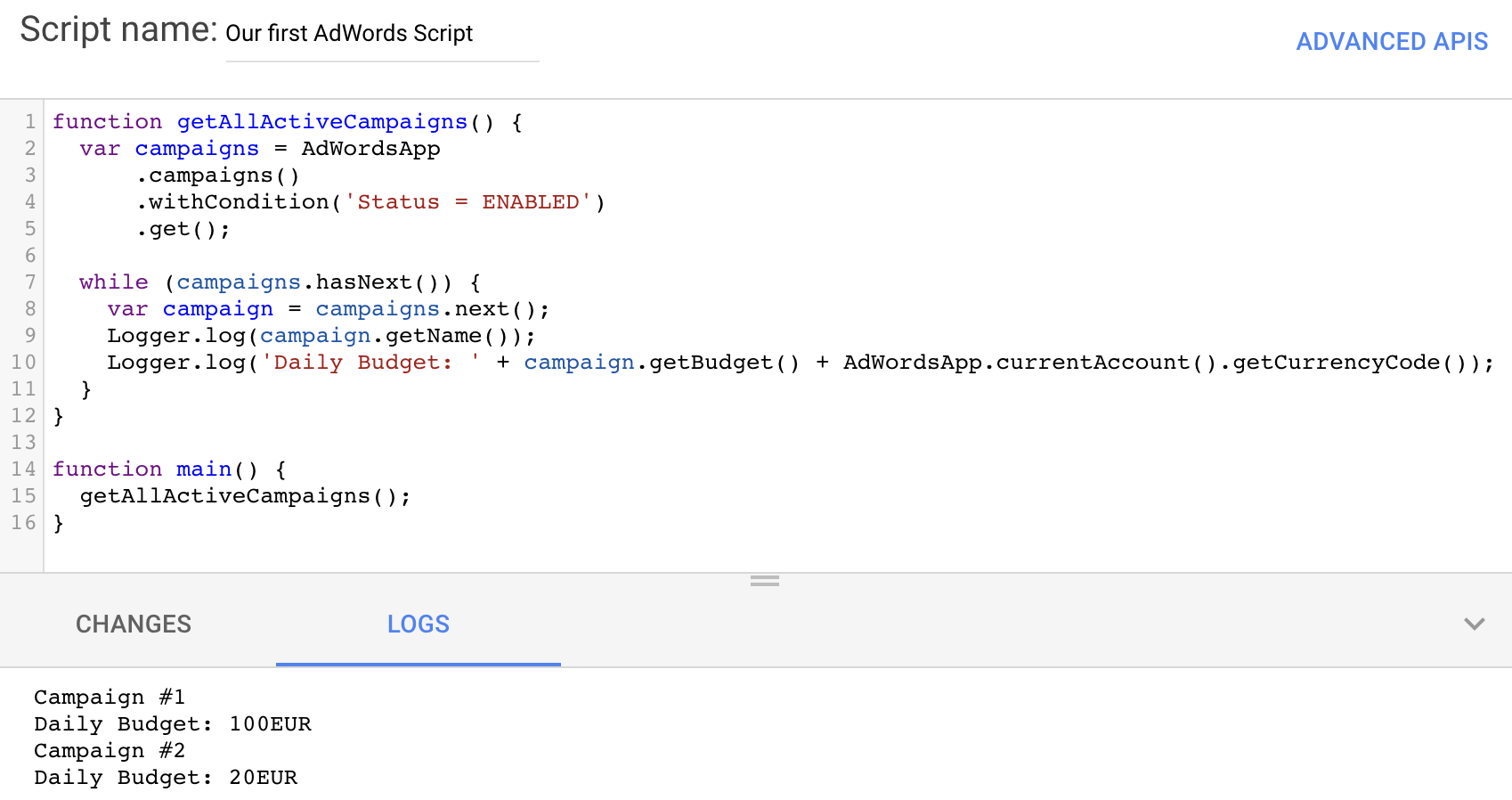 (Obviously, your own results will differ from mine 😊).

From what we’ve just learnt with how to read campaigns above, getting a list of ad groups will be really easy. We only need to switch AdsApp.campaigns() with AdsApp.adGroups() as well as some variables’ names.

As budgets are placed on a campaign level, you would get an error trying to run adGroup.getBudget() so I simply ommited it here. 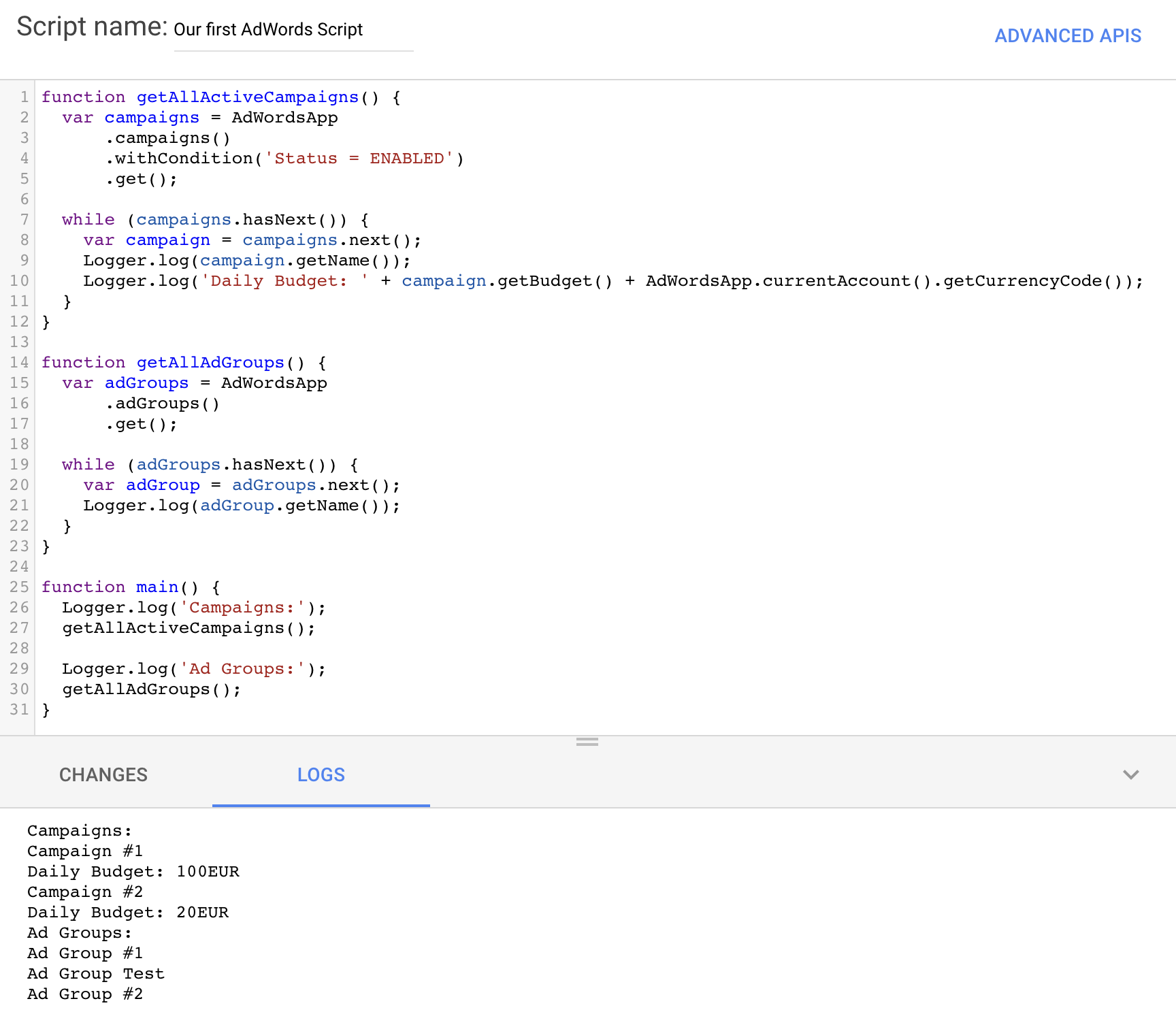 Getting a list of ads inside an ad group

Same thing with ads, we can simply replace AdsApp.adGroups() by AdsApp.ads(). But let’s do things a bit differently this time. Let’s get the ads inside a specific ad group.

We can simply select an ad group by its name with .withCondition(). if (adGroup.hasNext()) {} condition is present in case our “search” didn’t result any ad group. After that, we can log the part 1 & part 2 headlines (in the case of Expanded text ads).